The orca spotted near Papamoa. 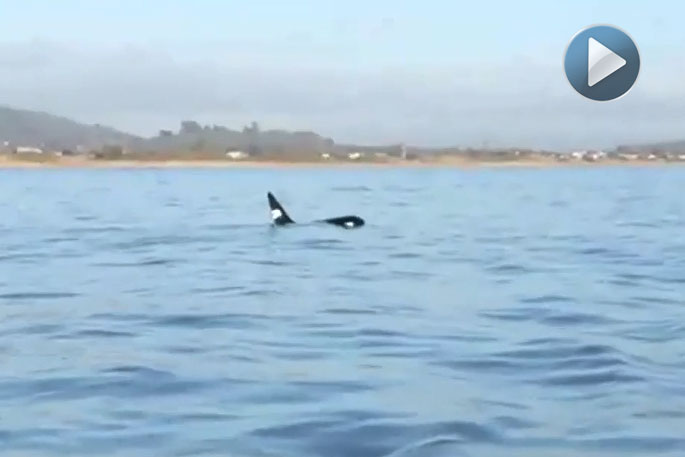 Nature provided a brief but “spectacular” personal cameo for fisherman Blair Parlane and his mate earlier this week.

They’d motored through the Tauranga Harbour entrance and were headed to a favourite fishing spot off Papamoa, when Blair’s mate spotted them.

Two orca’s appeared to chasing stingrays off the beach.

They would surface, disappear for a few minutes before re-surfacing and providing the amateur fishermen an “unbelievable” display, which they captured on a cellphone.

“It was early, about 8am,” says Blair. “The sea was calm, no wind and reasonably sunny. Conditions were perfect and that made the display even better. It was amazing, a really cool experience.”

The fishermen pulled up and watched the orcas wallow around for ten or 15 minutes before they disappeared.

“Haven’t seen one for years,” says Blair. “Then it was in the harbour. But I have never seen one on the open water.”

Earlier this week, a pod of whales were spotted in Tauranga Harbour.

On Wednesday morning a woman was fishing off The Strand when three whales came by giving her a “hell of a fright”.